NYC Votes and Urban Word NYC are excited to announce that William Lohier is the 2018 New York City Youth Poet Laureate (YPL). Lohier delivered the winning performance of his original poem, “Voting in a Black Hole” (please see the full text of the poem at the end of this press release) at the ninth annual YPL Showcase on November 11th at the New York Public Library's Schomburg Center for Research in Black Culture. 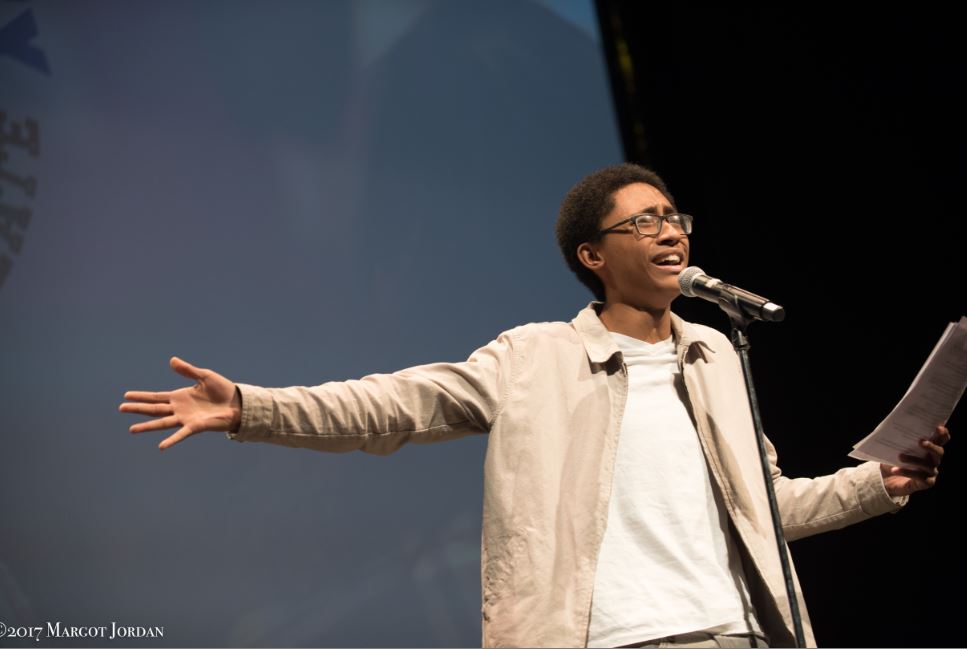 Lohier is a 16-year old native of Brooklyn and a sophomore at Stuyvesant High School, where he holds leadership positions in the Black Students League and the debate team. He is a new member of Urban Word NYC's Youth Board.

The YPL program, a partnership between NYC Votes and Urban Word NYC, promotes voting and civic engagement through creative self-expression. As the Youth Poet Laureate, Lohier will work with NYC Votes to encourage young people across the five boroughs to vote and become civically engaged in their communities.

"I am so grateful, not only for this title, but for the platform it provides. It is beyond exciting to help give voice to New York’s youth and to explore the change we can effect at the intersection of art and civic engagement," said William Lohier.

The 2018 New York City YPL Ambassadors were also announced at the event: Shakeva Griswould, Trace DePass, Aaliyah Daniels, Solomon Mussing, and Dena Igusti. The ambassadors will support Lohier in the program's objective to reach young voters throughout the city. 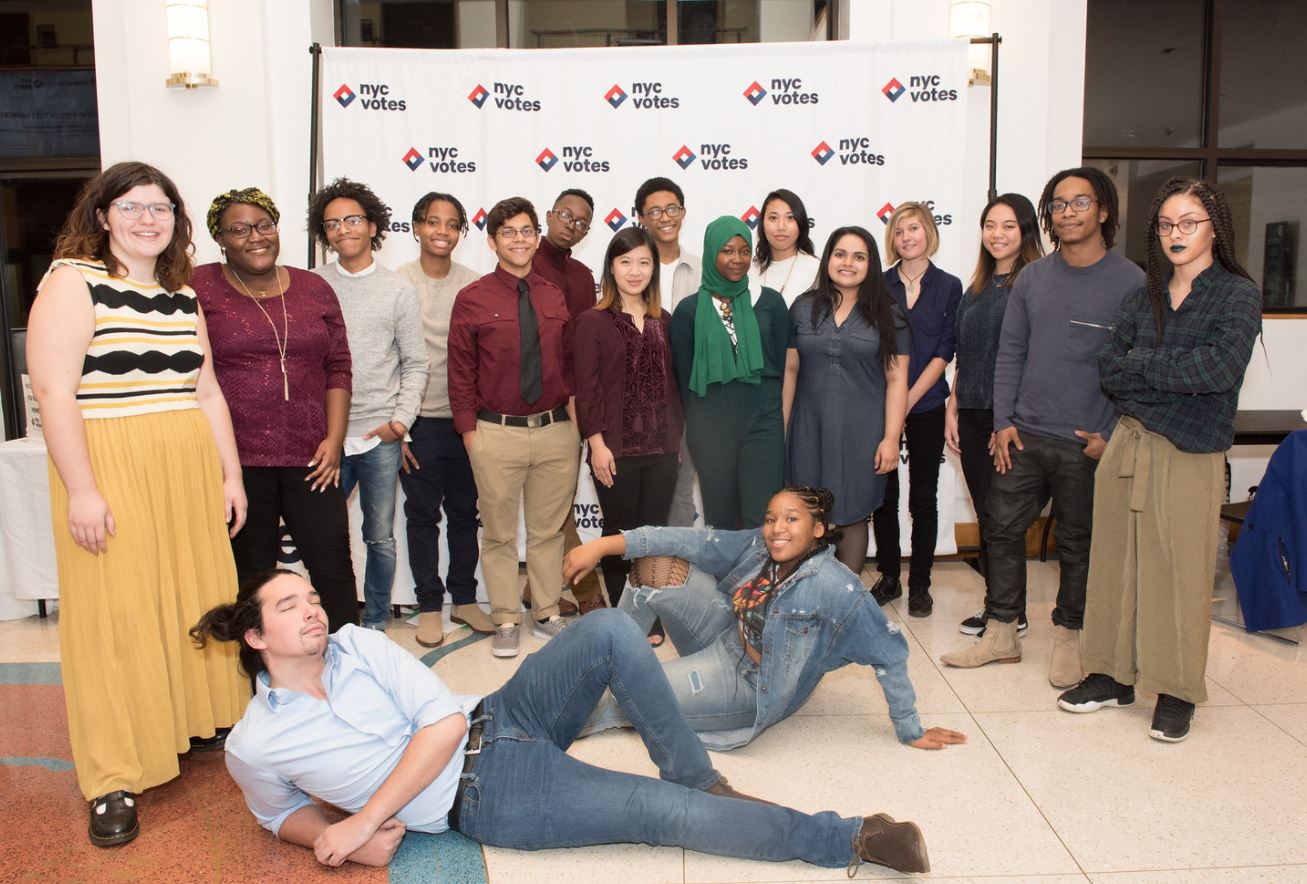 “We are thrilled to introduce William Lohier as NYC's 2018 Youth Poet Laureate,” said Onida Coward Mayers, Director of Voter Assistance at NYC Votes. “In the coming year, William and the ambassadors will work to inspire young New Yorkers to embrace and exercise their right to vote. They are assuming their roles at a critical time for New York state, which ranks among the lowest states for voter turnout in the country. Our democracy is only as strong as its participants, and we'll be looking to William and the ambassadors to get youth engaged in the electoral process and speaking out about the issues that matter to them.

"The New York City Youth Poet Laureate Program launched a movement that now boasts 41 cities nationally, and a National Youth Poet Laureate who has graced both the White House and the Library of Congress. It is only fitting that New York City remains the model city for this national program that celebrates young poets at the intersection of social change…and that this year, our program has continued to evolve and grow to include a powerful civics fellowship, workshops at Federal Hall, and a culminating event at the iconic Schomburg Center," said Michael Cirelli, Executive Director of Urban Word NYC.

Youth-oriented groups interested in inviting William Lohier to speak about voting and to perform his poetry may contact the CFB's Voter Assistance unit at VoterAssistanceGroup@nyccfb.info.

"Voting in a Black Hole"
By William Lohier

Question: If a black hole opened up just below SoHo, but it was a reverse-racist black hole that only swallowed up white people, would we be better off for it?

Question: Did you know there are already black holes in New York? Except these aren’t on some reverse-racist bullshit, they’re called Brownsville, Jamaica, East New York, The Bronx. You can think of our city as a carnivore.

2014 Eric Garner is choked to death in Staten Island

And yet. On Tuesday, only one in five people voted.

There are black holes in our city.

And what is a vote to a black hole.

But when have New Yorkers ever backed down from a challenge

When have black men and women ever been tamed. Vote.

Because our voices can break the laws of physics,

Because our songs can outweigh the gravity of any black hole.

Because our votes can look this city in the eye and tame it.

And say, you have looked at me as prey, but I am a carnivore. And I refuse to be swallowed today.

NYC Votes is the nonpartisan voter engagement initiative of the New York City Campaign Finance Board (CFB) and its Voter Assistance Advisory Committee (VAAC). In addition to promoting voter registration, participation, and civic engagement in New York City through its many programs and partnerships, NYC Votes sponsors the city's official Debate Program and produces the citywide Voter Guide.