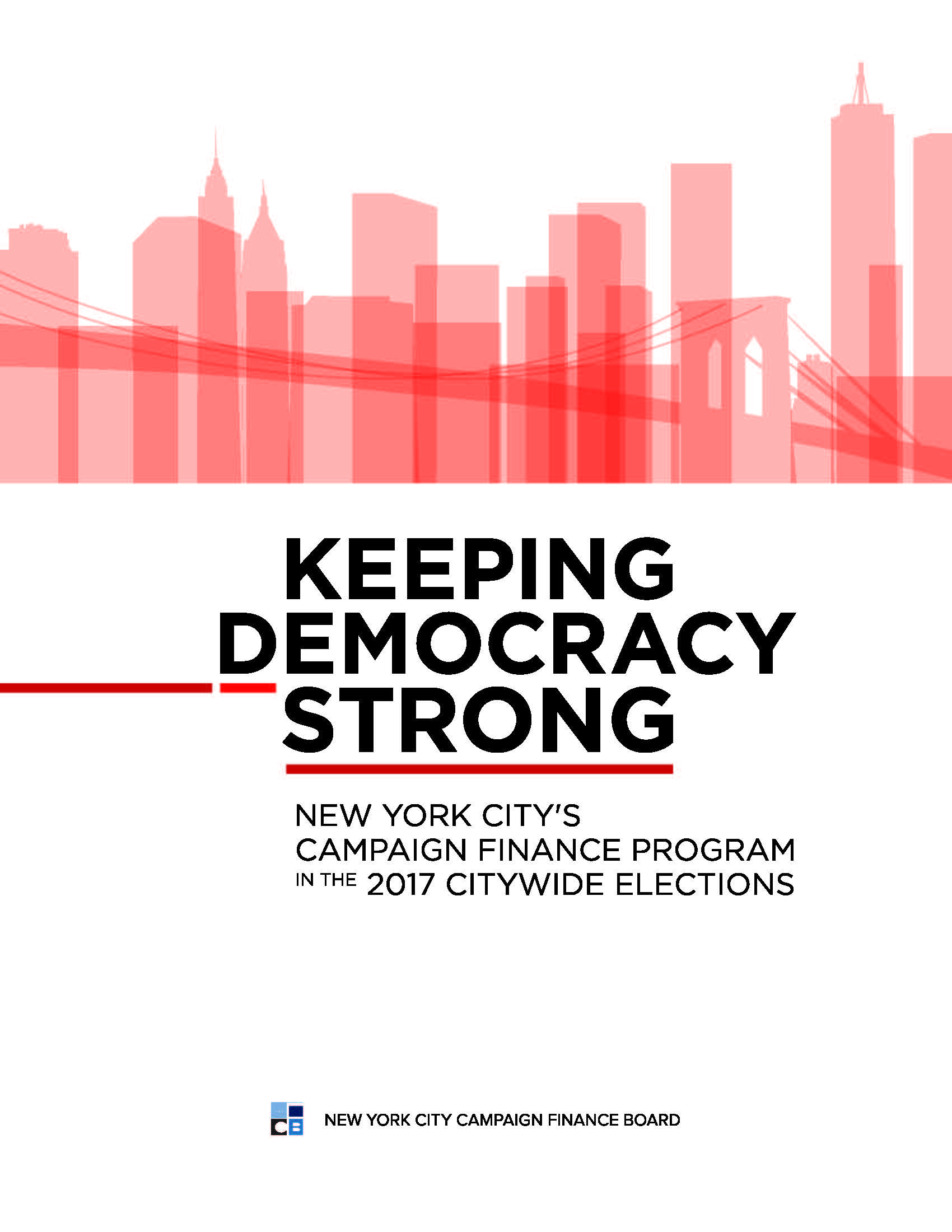 New York City's landmark Campaign Finance Program has shaped the landscape of city elections and strengthened New Yorkers’ relationship to their government since 1988.

The CFB’s comprehensive report on the 2017 citywide elections shows that small-dollar contributors played a larger role in city elections than ever before. Key findings of the report include:

Those small contributions were amplified through public matching funds.

The report also includes specific proposals to build on the Program’s successes and improve the system. The Board’s proposals focus particularly on the citywide offices where large contributions continue to play a large role in funding campaigns.

The report includes important updates about the Board’s administration of the Campaign Finance Program, including outlines of changes to the post-election audit process for the 2017 elections and a summary of enforcement actions for the 2013 election cycle.

Other sections of the report include: